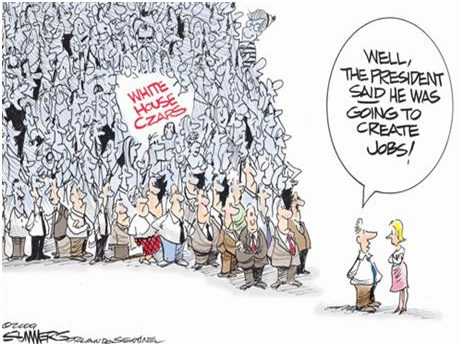 The man, Obama, swore an oath to preserve, protect,

and to defend our U.S. Constitution, not to destroy it!

Below are some pictures that give a pretty dismal picture of what this current administration is doing to our country, and to our Constitution.

Question: where does it say anywhere in the Constitution that it is the government’s job, or even their prerogative to redistribute our wealth, and to thereby, supposedly, eliminate poverty; and bring about a more even and equitable economical climate?

This has never worked, folks, anywhere it has been tried before; and it is called Socialism!

This is what killed the former USSR, and it is why they still are struggling today, as the Soviet Union; they also have this form of government in Red China, and also in Cuba.

Is this the sort of “Change,” which Obama campaigned on, that most Americans were expecting; which he has been ramming down everyone’s throat?

Is this the American that most Americans want? I don’t think so.

The Preamble to the Declaration of Independence, I think says it pretty good:

“We hold these truths to be self-evident, that all men are created equal, that they are endowed by their Creator with certain unalienable Rights, that among these are Life, Liberty and the pursuit of Happiness.”

It was never in the minds of our founding fathers that it should be the place of government to guarantee our happiness!

There are three main documents where we can determine what the true purpose of the Federal Government is, according to our founding fathers:

The Declaration of Independence,

The Constitution of the United States and

The Bill of Rights

According to the original intent of the Founding Fathers, these three documents are the foundation of our Liberty and the Supreme Law of the Land!

What follows is a paraphrase of the platform of the Constitutional Party, which I think has some pretty good ideas:

As far as I can tell, from my view of history, we are today repeating the very same mistakes that pre-Nazi Germany made.

It is my concern that having been so blessed, as a nation, and having prospered so much, more so than any other country in history, that we have grown weak, as a people; and are today so accustom to these benefits and blessings of living in our country, after having now had at least two generations pass, since WWII, who actually known nothing else, no other lifestyle, that we are really ripe today for a fall.

We no longer honor the God of our forefathers, and nor do we follow his laws. We have long forgotten that it is God who is responsible for our many blessings.

We also no longer appreciate the cost of the freedoms that we enjoy; but rather it seems that most Americans feel that all of this is our lot, as Americans; and it is because of that fact that it doesn’t appear that our leadership, nor much of our citizenry are willing to do what is necessary to defend and secure our liberty; and it seems many people today are so willing to just give it all up by default.

We have grown so naive and weak, in my opinion, and we have lost the concept that was first spoken by Teddy Roosevelt, when he said Americans need to “Speak softly and carry a BIG stick!”

One thing is very sure, and that is there are people in this world today who really dislike us, even hate us; and they hate everything we stand for.

They are also jealous of what we have here, and they want to take our wealth and prosperity for themselves.

This concept of what a “BULLY” is, is very familiar to most, or at least it should be; that the ONLY thing a bully will respect is a stick that is bigger than their own!

Our fancy talk and diplomacy, by itself, will not cut it; and this is something our current leadership in Washington DC has long forgotten.

Our enemies haven’t forgotten it, however, and they are using our weaken moral condition, as a nation, to work against us, and to undermine the very liberties and freedoms that we fought two World Wars to defend.

The question is, do we have the wherewithal, and intestinal fortitude, to stand up and tough this out; which I don’t believe can happen, unless we have a Spiritual Awakening, among our populous and a massive grassroots turning within our country back to the God of the Bible, and of our forefathers.

The main problem with our country is NOT our leadership, for we elected them to office!

What we see happening today in Washington DC is only a reflection and a symptom of what our true problem is; and let us be very clear on this one thing, that our problem is here at the grassroots of American; within our cities and towns, and within our own families.

The further we go down this present road, for sure, unless we have a miracle and some serious changes, the weaker our country will become!

Pray, folks, that’s all I can say… let us all continue to watch and pray!!!

One thought on “Are these the “Changes” American really wants?”