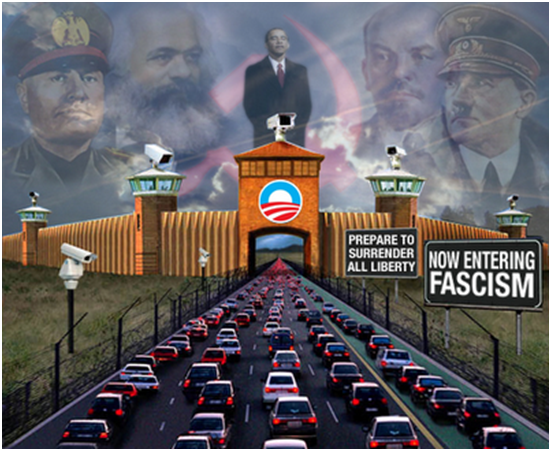 This is where our nation is headed, unless those of us who  are called by God’s name, and are Christian, wise up and do some serious praying, and take our country back!


In response to this article (see below) that was sent to me yesterday by a friend, I would say the obvious question should be, why on earth would these supposed intelligent men and women, among our political leadership in Washington DC today, be ignoring such an obvious threat to our nation’s sovereignty, not to mention our security and economy, at a time when both are at risk; and why would they even tolerate what is obviously a total breakdown and failure to enforce our already existing Immigration Laws?

Well there is an answer to that question, and there is a rhyme and a reason for all of this that is going on.

What I am about to tell you here again, and I know I’ve said this before; but it is truly the most serious problem that our country is facing today; and it is truly the biggest threat that we have, that is an even greater threat than that of these Islamic Terrorist, who also are working their agenda.

Here’s our problem, and that is we have men and women in political office today, even in the highest office of our land, but also in both Houses of Congress, at least among those who make up the long established leadership of both the Democratic and Republican parties, who have long ago betrayed their country, and have violate there oath of office.  And some of these people have been recruited, groomed, and trained for this betrayal ever since their college years, as is certainly the case with the Bush’s, in both father and son; the Clinton’s; and also Obama.

These men and women, after having asked for our trust and vote of confidence, when they first ran for political office, they have since betrayed that trust; and now a good majority of these people, having already established themselves in the political hierarchy of the Washington DC power structure, they now presume to know what’s best for us dummies (as they see us); and though they keep up the front, the truth is they no longer (if they ever did, which is doubtful) see themselves as serving us; but have long since exchanged both their loyalty, and have also betrayed their oath of office, to uphold, protect, and defend our U.S. Constitution against all enemies, both foreign and domestic, all in order to implement a very well hidden, but nevertheless powerful agenda, to further subvert both our Constitutional Republic and our U.S. Constitution.

All of this is being done to move us all further in the direction (as former President George H.W. Bush Sr., said way back in 1991—which is just one example, by the way, of the corruption that exists also in the Conservative camp) towards a “New World Order,” which he went on to say even back then, that it was inevitable that this would eventually happen.

Now what nobody thus far has told you, at least publically, but this information is nevertheless true, and has been disclosed, is that this so called “New World Order” will be a totalitarian and dictatorial government, that will be both managed and controlled by the Global Elite, starting with the very powerful and well entrenched Rothschild’s International Banking Cartel, who are the true puppet masters and power brokers behind all of this political corruption, and have been for well over 200 years now, starting well before the founding of our nation.

I believe that this “New World Order” will be the last step before what the Bible predicts will happen; and that is the establishment of a One World Government and monetary system, that will ultimately be represented in the mark of the Beast, without which we are told we will not be able to buy or sell; and all of this is leading us to the kingdom of the Antichrist.

What most don’t realize is, that even though we supposedly won our Independence from Mother England, and established ourselves as a Constitutional Republic back in 1776; the truth is, our independence was short lived, and has long since been exchanged (officially, starting in 1871) when our politicians of that era, in order to avoid bankruptcy after the Civil War, they bowed to the demands of these private bankers, of which the Rothschild’s Banking Dynasty is in control, and officially and in secret, exchanged our Constitutional Republic, for THE UNITED STATES CORPORATION, which is why our politicians then established what we know today, as the District of Columbia.

For an explanation of how that happened, take a look at this website: http://www.serendipity.li/jsmill/us_corporation.htm.

So obviously what I am talking about here has been in the works for a very long time, and the corruption of which I speak here has been established and is well entrenched, even to the point that these people, these Globalist International Bankers, have virtual control over the bulk of our News Media today, on both sides, but mostly among the Liberal Media; and they have thus far only tolerated the other side, because they haven’t yet been able to completely wipe out our First Amendment rights, though that is in the plan and in the works, especially with this Obama administration… and by the way, both Obama and his czars are making no secret of that agenda.

The handwriting is already on the wall; and now is the time for those of us who are Americans, who are called by His name, and are called  Christian, to recognize the extent of this corruption, and also to be wise as serpents, as our Lord told us to be, and therefore be discerning as to what is going on.

We need to understand the extend of this corruption, in that even though the bulk of the political leverage resides on the liberal side, these forces who are very powerful indeed, have over the years even been able to also recruit members on the conservative side as well.

So we are faced with a situation today, where truly (in most instances today), whether you have a Democrat or a Republican in office, it makes no difference, because despite whatever partisan differences they may have, which most often is just tolerated and is a smoke screen to hide their true agenda, both parties (at least from the stand point of those among the long established power hierarchy of both parties, in their ‘good ole boy’ network) they are generally on the same page, when it comes to this evil Globalist agenda, which is to move our nation further away from our Constitutional Republic, which I again repeat, legally and officially this happened way back in 1871.

This corruption of which I speak is the only reason why such insanity is tolerated, of which the following letter pokes fun at; and that is there is a very evil and well established agenda afoot underneath all of this.

As an example, this whole illegal alien problem serves a deeper purpose, and that is why it is tolerated; and why nothing has been done, by either party, Democrat or Republican, despite the public outcry to do so, for them to secure our borders.

The same thing is true regarding the ramifications and actions that have been taken since 9/11, all in the name of national security; where all that has happened is that our political leadership, first under George W. Bush, seized this opportunity as an excuse to further undermine our U.S. Constitution, as is evident in all the rights that have been illegally taken away from us.

All of this was done and has been implemented through Executive Orders, first signed by George W. Bush; that have since become the law of our land; all of which has only further served to take away more of our Constitutional rights as citizens; and mind you our security is still at risk, with the most glaring hole in that security being the back door to our country being left wide open.

As is most always the case, and this certainly was so true of the former Clinton Administration, that what we hear and see on the surface, all of which is filtered through our liberal news media, is only the tip of the iceberg, so to speak.

Case in point, I want to refer you to an old allegation, regarding Obama, that goes all the way back to early 2008.

Also, do your own homework, yourselves… and don’t be so gullible and naive to believe everything Washington and the Media is telling you.

Check out for yourselves, and see if these things that I say are true; and let’s ban together, while we still have a chance, and let’s turn our nation around, before we lose all of our rights, and are eventually enslaved by our own government.

You have been warned!

There is a move afoot, which we all need to pray about and support, which will restore our Constitutional Republic, and peacefully and permanently remove these compromised politicians from office.

Check out the Restore America Plan.

Saw this on a Yahoo! posting in response to an article and the various comments/dialogues going on about it – namely a discussion on Arizona’s laws.

I did as whoever the original author was requested and copied and reposted it in the same comment board it was on. So did many others.

I also saw many postings from professed Latinos and African-Americans regarding their support legalized immigration enforcement and the laws of both Arizona and the U.S.

Finally someone who grasps the absurdity of how we’ve been governing our land! Thank You!