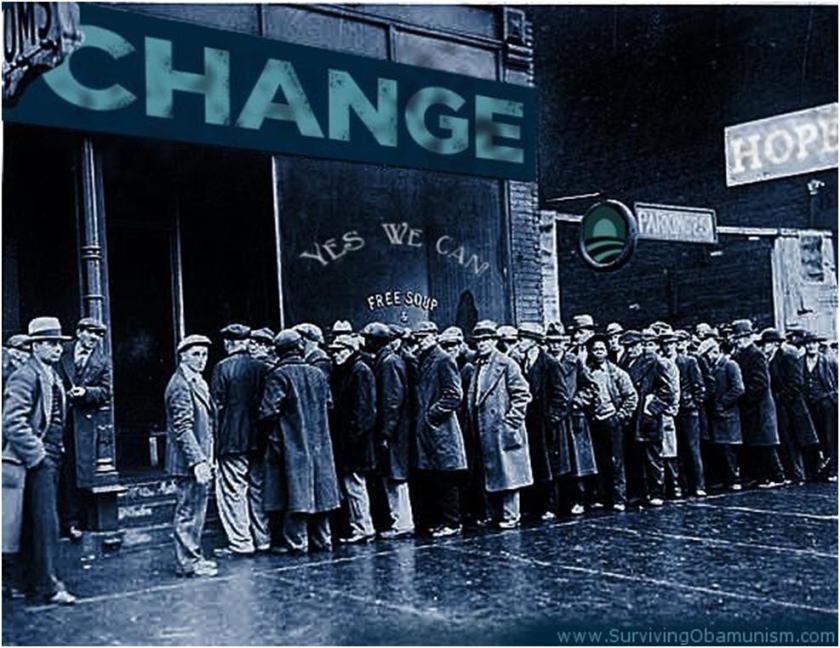 The New World Order is next if we aren’t careful!!!

Let me start by saying I like Sarah Palin; I think she is a very intelligent and capable woman; but merely putting another Republican in office on a foundation that is already massively cracked and corrupt, and has been for over a hundred years, will not fix our problem, until we FIRST repair the foundation; which means we restore our original “organic” Constitution, and our Republic.

Unless we first do that then we are going to continue on this merry-go-round, doing exactly as we have in the past, and going in the same direction that is taking us to our ruin!

We need to get rid of the Federal Reserve Bank and its collection agency the IRS; we need to also remove ourselves from the United Nations; hold accountable all those in public office who have knowingly defrauded the American people, have broken our laws; have violated their oath of office; and have betrayed our country; and we need to do this from the top down, starting with Barack Hussein Obama; and most importantly we need to restore our Constitutional Republic!

Unless the American people are told the truth, and unless we are dealing with truth in any effort to rebuild our nation, then anything less than that will not succeed!

So let us start by restoring our original form of government just as it was first intended by our founding fathers; and then we need to elect honest people, like Sarah Palin and others like her to office; and get rid of the corrupt people we now have there; and give those who are left the opportunity to submit and join the Republic and promise to abide by our Constitution, or remove them from office as well.

For more on this movement to Restore the Republic, please check this website out: http://republicoftheunitedstates.org/.

We all have heard the legend of how in ancient Rome Nero played the fiddle as Rome burned, and also the analogy of polishing brass on a sinking ship; well right along that line the lights are certainly on in Washington DC, but it is all but obvious that no one is home.

In fact I think the whole crowd in DC, in this administration and congress, has gone completely mad; or rather I should say has been taken over by two of the oldest human weaknesses in history… which is personal lust and greed for more power and money!

They do this through socializing private industry; and by robbing from small businesses and entrepreneurs, through various and sundry taxes, fines, and fees.

While all the while these bureaucrats and their bureaucracies produce absolutely nothing and contribute nothing, except to leach on society and drain it of its strength!

That has been the history of ever socialist nation in history; and yet this administration would have us believe that a government that cannot even operate one Federal program in the black, but has run everything it touches into massive debt, that it somehow is going to fix all of our economic problems… problems which to a great extent they either caused or allowed to happen through their own mismanagement.

Well it should be obvious by now that is exactly the political game that Washington is playing today; and they are doing so to our own demise, as a sovereign country.

The question is, have they ALL gone completely mad, or is there a method to this madness?

I maintain that based on history, in what has happened to democratic republics in the past that all of this is part of a well thought out and long establish plan, conceived in Hell by Satan himself; and it is being implemented today by these International Globalist Bankers.

The goal is to cause our country to default and the U.S. Dollar to fail; in order to then be able to institute martial law; do away with our U.S. Constitution and all our rights; and hopefully force us to capitulate and to accept their New World Order; or else we would not be able to buy or sell, and our economy would come to a complete halt!

The danger and also our weakness and vulnerability, which by the way is another tactic of the enemy and is something he is counting on, is that many of our American citizens today are of the mistaken opinion that we are just too big to fail, and that something like that could never happened to us; and also given the fact that these same Globalist Bankers have long ago bought controlling interest in our three major networks, and also our press, most Americans have been programmed, via the media, to accept whatever they are told in the news; and if there is no story, there is no problem!

The biggest lie that has been accepted, that has gone on now for over 100 years now, is that we are still operating as a Republic, under our U.S. Constitution, which we are not at; and that is a fact of history which is readily verifiable on line and in the public records; and yet because it is never talked about by any of the major news media giants, people would rather believe it isn’t true.

So consequently what happens is there is so much division and controversy among so many different factions and groups, where obvious hoaxes and lies get mixed with truth, that the truth ultimately gets lost in all the confusion; and people who espouse such ideas and are trying to warn of impending danger and what is happening behind the scenes and what the ultimate agenda is, are thought of as fringe fanatical loonies or worse.

Well then, you can just score another major point for Satan’s side, because that is exactly what he is counting on.

Take a frog, put him in lukewarm water over a slow and mild heat and in time it will come to a boil; and that is exactly where so many of our citizens are today!

Joseph Goebbels, Hitler’s propaganda minister, once said: “National Socialism is a religion. All we lack is a religious genius capable of uprooting outmoded religious practices and putting new ones in their place. We lack traditions and ritual. One day soon National Socialism will be the religion of all Germans. My Party is my church, and I believe I serve my lord best if I do his will, and liberate my oppressed people from the fetters of their slavery (capitalism). That is my gospel.”

The same man also said: “If you tell a lie big enough and keep repeating it, people will eventually come to believe it. The lie can be maintained only for such time as the State can shield the people from the political, economic and/or military consequences of the lie. It thus becomes vitally important for the State to use all of its powers to repress dissent, for the truth is the mortal enemy of the lie, and thus by extension, the truth is the greatest enemy of the State.”

May God help us because that is exactly the same strategy, which the enemy has so successfully used in the past that is being used once again today in the United States… and so far it appears the American people are none the wiser!

As one example, I believe that this whole Islamic problem today, and also the whole immigration controversy in all the millions of illegal aliens who are draining our economy, all of this is being used by our Washington DC power structure for a reason, and that is to further destabilize and to help undermine our society.

Why would they want to do that?

For the same reason Hitler did, and that is once anarchy and civil unrest peaks, to have an excuse to declare martial law, in order to do away with both our constitution and our rights, and seize dictatorial control of our nation.

Listen to this Wallbuilders Live interview with Congressman Pete Hoekstra, from Michigan, who in 2004 was named Chairman of the House Permanent Select Committee on Intelligence.

He is now serving as the top Republican, as he works to lead Congressional oversight on issues relating to the U.S. Intelligence Community as the United States defends itself against all threats.

In this interview with Wallbuilders Live (David Barton) he is discussing how Sharia Law is today threatening America:

Let us not be ignorant of Satan’s devices and mode of operation.

How on earth pray tell can we ever hope to be successful at fighting a war on terrorism if our leaders are afraid, or don’t want to, or refuse, to even acknowledge who the enemy is?

In the same way there was an alliance between radical Muslim groups and Hitler’s Nazi Germany, who fought alongside Nazi soldiers, there is also a similar union today between these same Globalist Bankers, who funded Hitler, and manipulated world finance; and they did this in a way that brought about both World Wars, and also the Great Depression, and all the while making money on both sides of both wars.

Who are these men who are doing this? Well it is the same group who today controls and owns our Federal Reserve Bank and international banking as a whole:

Well I believe a similar evil alliance is happening today, in that to the extent the Islamic agenda disrupts our society and gets public attention, especially when you have terrorist acts either happening or being threatened in our inner cities, all of this serves the purpose of further destabilizing our society, all of which contributes to public unrest, anarchy, and fear among the people.

Add to that the illegal alien problem and you have a recipe for just the sort of atmosphere that was present in pre-Nazi Germany, that started with severe economic problems left over from WW I, massive unemployment, high inflation, and the constant devaluation of the German Mark, until it was worthless.

All of this gave way to a national socialist movement that seized control of private industries; and ultimately ended in a totalitarian dictatorship.

I maintain the same strategy is being used today, and thus far, from what I can tell, the American people are so distracted on issues regarding the economy and unemployment, and just dealing with their own problems, that they are not seeing the whole picture; in that the purpose of all of this is to undermine our freedom and to permanently destroy our Republic, in order to bring about this evil New World Order!

Pray folks, because we definitely need a miracle!