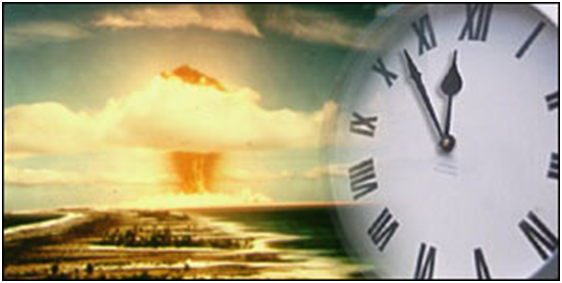 A look at Bible prophecy in view of the unfolding events in today’s news, as we see the lineup of nations forming for the Last Days Gog Magog War of Ezekiel 38 and 39, against Israel.

(Note: the Gog Magog War is viewed by many Bible scholars as separate from the Battle of Armageddon, as the Bible says the Battle of Armageddon will include ALL the nations of the world, and the Ezekiel 38 War will involve only five nations; however nevertheless it is very interesting to note as we view today’s news, how this lineup of nations is forming for this Gog Magog War.)

The Bible is truly an integrated message system; and though it contains 66 books that have been penned by 40 authors, over a period spanning over thousands of years, nevertheless the Bible as a whole bears strong irrefutable evidence of supernatural engineering and origin in every detail; and most importantly it contains a common message throughout that centers around the coming Jewish Messiah.

As just one evidence of this fact, I’d like to draw your attention to a Gospel message that is hidden in the first ten names listed in the first genealogy list (from Adam to Noah) that is given in the Bible, and can be found in Genesis chapter 5.

If you take the Hebrew meaning of each name that is given, and then line it up in the sequential order of their birth, as listed in the Bible, this is what you get:

Then as you lineup the meaning of each name side by side, this is the sentence that is formed:

“Man (is) appointed mortal sorrow; (but) the Blessed God shall come down teaching (that) His death shall bring (the) despairing rest.”

However one way to know for sure that the Bible is truly the inerrant Word of God is the fact that it is the ONLY book ever written that accurately gives the future as history.

As another example there are some 300 prophecies that are given in the Bible, regarding the coming Jewish Messiah.

What are the mathematical odds that any one person would fulfill even eight of these?

To answer the question what is the probability of one man fulfilling all eight prophecies, the principal of probability is applied.

Given this and the time span between the writings of the Old Testament and the fulfillment by Christ in the New Testament, the prophecies were either given to the prophets by God, or the prophets just wrote them down as they thought they should be.

With Christ fulfilling all eight prophecies, what are the odds the prophets were just guessing?

God has made it crystal clear how we can recognize who the Messiah would be; and you have to bend over backwards to ignore this evidence.

The fact is there is ONLY one person who stands on the stage of history who meets ALL of these requirements, and His name is Yeshua Ha’Mashiach (Jesus Christ).

And for anyone willing to do their homework and check out these facts, they will find that this is true; and not only that but the Bible has also consistently been used over the years as the most reliable reference source in discerning the chronological events of biblical history; and also in locating archeological sites, that are mentioned in the Bible.

It is very interesting to note today how the events we are seeing in the news are lining up with what the Bible says will happen.

Below is an article about how Syria is bowing out of any alignment with Iran (Persia) against Israel.

4 thoughts on “The Bible in prophecy, as it relates to today’s news, and the lineup of nations forming against Israel…”