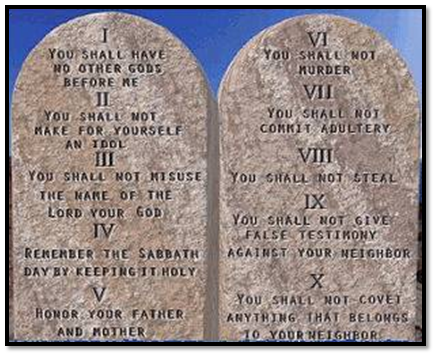 It ALL started with God’s Law, which was given to Moses, then Jesus amplified God’s law in the New Testament, which all led to the eventual writing of our U.S. Constitution… which is supposed to be the HIGHEST law of our land!!! 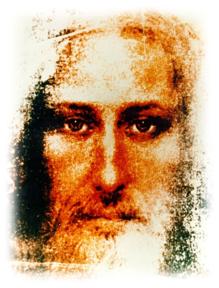 For to us a child is born, to us a son is given; and the government shall be upon his shoulder, and his name shall be called Wonderful Counselor, Mighty God, Everlasting Father, Prince of Peace.  Isaiah 9:6

and Jesus amplifies God’s Law in the New Testament 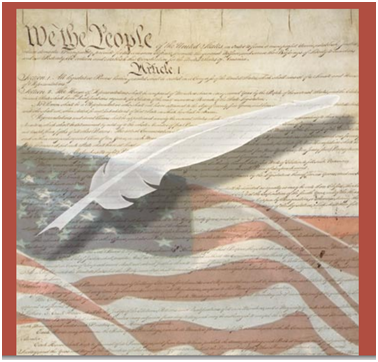 The Highest Law of the Land

It was written by our founding fathers in order to form a barrier of protection between our only de jure (lawful) government, which is a Constitutional Republic and “We the People.”

Its intent was to protect us from the same sort of tyranny and abuse that we are seeing today, coming out of this de facto UNITED STATES, INC, which is itself, today, operating against Constitutional authority, in the District of Columbia.

The Senators and Representatives before mentioned, and the Members of the several State Legislatures, and all executive and judicial Officers, both of the United States and of the several States, shall be bound by Oath or Affirmation, to support this Constitution; but no religious Test shall ever be required as a Qualification to any Office or public Trust under the United States.

The question is, why does this de facto Washington DC Corporation not follow our Constitution; why won’t it abide by its laws and requirements and its limits of power, which our Constitution places upon our government; and why won’t our elected officials abide by their oath of office, to preserve, protect, and defend it?

The reason is, pursuant to the Act of 1871, the forty first Congress of the United States of America, without lawful due process and without any Constitutional authority to do so, they changed our de jure Constitutional Republic into THE UNITED STATES OF AMERICA, INC, which is a corporation, and therefore it is not a government at all.

This UNITED STATES, INC, as is the case with every corporation, has its first fiduciary responsibility to protect the interests of the stock holders of the corporation, which is NOT “We the People,” rather it is the same private international banking group that also owns and controls another privately held corporation, that posses itself as an entity of the Federal Government, but is not… and that entity is the Federal Reserve Bank!

How does it all work and how is it that most of America is totally ignorant of all of this?

The reason is that “We the People” of these united states have been lied to and deceived by our elected officials, by the media, and by our public education system, and this has been going on now for over 140 years.

Consequently we find ourselves as the proverbial frog that has been steeped for so long, in what is for us a stew of lies and deceit, until we don’t know the difference.

The very real danger for us is that most Americans today (as also happened in pre-Nazi Germany), they don’t recognize that their freedoms and liberties, that are guaranteed by our U.S. Constitution, are so close to being taken away from us, and from all future generations, by this evil oligarchy, which the Globalists have called their “New World Order!”

Most today do not understand, howbeit many are well intentioned, but nevertheless they are ignorant of the fact that this whole two party system, of both the Republican and Democratic parties, has been founded upon this same de facto D.C CORPORATION; and the fact is both parties are but two sides of the same coin, and they are both owned and controlled, as is our media, by these same Globalist International Bankers!

Hitler’s propaganda manager once said, if you repeat a lie long enough, and make it big enough, most people will eventually come to the point that they won’t even question it… and believe me, that is exactly what the powers that be in this DC CORPORATION are counting on!

Wake up America; and please pray for our country… because we need a miracle from God!

Do you want to know what you can do to take our country off this seemly endless merry-go-round of a two party de facto controlled political system that we’ve been on for the last 140 years, between the Republican and Democratic parties, that every four years goes from one to the other, and would you like to restore our  proper de jure government, which is a Constitutional Republic?

Well the answer is We the People of the united states of America have already started that process, and we have already re inhabited our de jure Constitutional Republic as of 2010.

Please join the Republic for the united states of America at: http://republicfortheunitedstates.org/

Join one of our weekly Republic Conference Calls 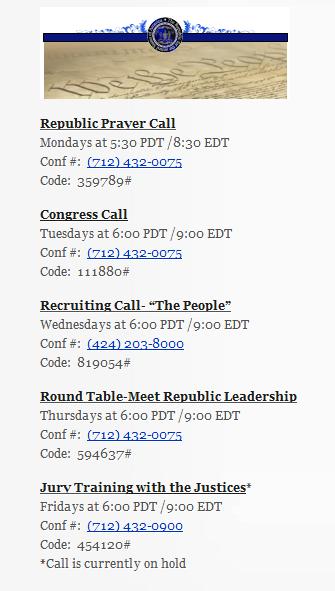 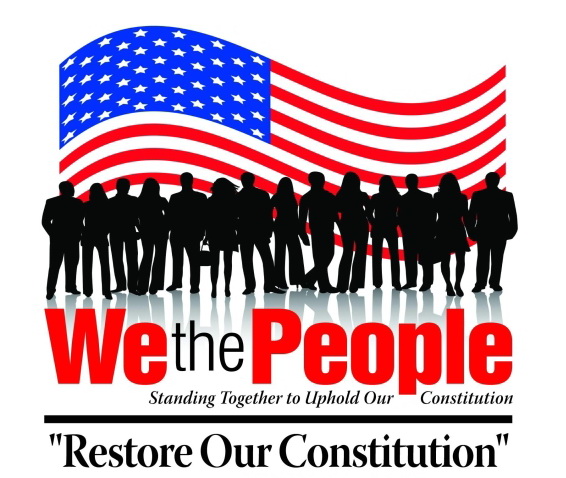 Our only lawful (de jure) form of government in the united states of America, as per our founding fathers and our U.S. Constitution, is a Republic.

That being said, then why do our politicians, our presidents, and the media always refer to us as being a Democracy?

The word “Democracy” is NOT found anywhere in our U.S. Constitution, nor our Declaration of Independence, nor our Bill of Rights… check it out!

Don’t you ever wonder what is wrong with our government today, and why our politicians aren’t listening anymore to what We the People want?

They seem to be on their own track doing their own thing… and the truth is, most of them (at least among those who hold the power in Washington DC), they are on a different track!

The truth is there is something very wrong with this whole system, as it currently is, and the fact is we the people of these united states of America are in serious trouble, because the people who pull the strings over our government, our politics, and our media, are lying to us and are perpetrating the largest fraud ever on the American people.

What you don’t know and what you aren’t being told is that there is a very small, but very wealthy and powerful elitist group of people, most of whom are not even American citizens, who are the true puppet masters of our political system, the FED, and the media, who are vying to take over our nation and also the world, and establish for themselves what they call the “New World Order.” 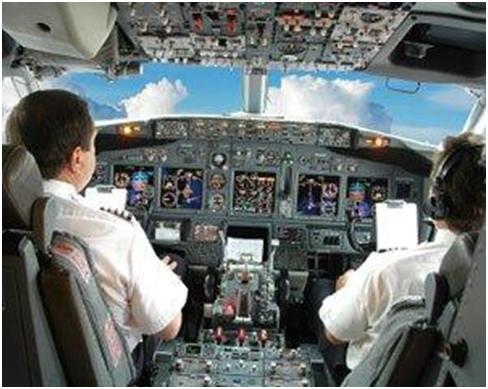 Learning to fly in the Spirit, by Instrument Flight Rules (IFR)

Jesus also promised that He would send the Comforter (the Holy Spirit) to come along side of us and Teach us, to be our Paraclete, and our Guide in life.

The only problem is if we are going to be used by God, we are going to have to learn to operate from a completely different paradigm from what we are used to in the world, from the way we have been conditioned and trained by the world.

If we are to follow Jesus, then it is we who must change, for truly God’s ways are NOT ours!

The Holy Bible and the promises in that book now become our instruments that we must learn to fly by.

We no longer fly as the world does, by sight sense evidence, in how we feel or think in the natural; but rather we now must learn to fly by faith, according to what God’s Word says!

We Inherited Power
By Keith Butler

“And what is the exceeding greatness of his power to usward who believe, according to the working of his mighty power” (Eph. 1:19).

You inherit all this, “…and what is the exceeding greatness of his power to us who believe….” This inheritance belongs to believers. An inheritance is something you don’t earn; it’s something that was left to you.

When Jesus died on the cross, He left you some power, some anointing, some blessings, and some ability.

Jesus understood that when it was time for Him to leave the earth, believers would need weapons that were beyond their thinking and speaking ability, and beyond their natural education, or they were not going to be able to get the job done.

So He said that He would not leave us comfortless. “I will send you another comforter, and he will teach you all things and remind you of what I said unto you.” He is the Holy Ghost. And the Holy Ghost is active, energizing, and effective. He is the power, He is the might, and He performs where you can see it.

Now verse nineteen tells us this power works “according to the working of his mighty power.” Now the word “mighty” here means force—His force. His ability. In other words, God wants us to increase in His dominion and in the manifested power of His force and His ability.

So walk in the inheritance that was given to you—it’s the power of the Holy Ghost.  Selah and Amen

Jesus Talks With a Samaritan Woman

4 Now Jesus learned that the Pharisees had heard that he was gaining and baptizing more disciples than John— 2 although in fact it was not Jesus who baptized, but his disciples. 3 So he left Judea and went back once more to Galilee.

4 Now he had to go through Samaria. 5 So he came to a town in Samaria called Sychar, near the plot of ground Jacob had given to his son Joseph. 6 Jacob’s well was there, and Jesus, tired as he was from the journey, sat down by the well. It was about noon.

7 When a Samaritan woman came to draw water, Jesus said to her, “Will you give me a drink?” 8 (His disciples had gone into the town to buy food.)

10 Jesus answered her, “If you knew the gift of God and who it is that asks you for a drink, you would have asked him and he would have given you living water.”

God promises rivers of Living Waters would flow forth from our life, through the power of the Holy Spirit, as His disciples, as we commit our way to Him, follow Him, and allow Him to flow through us.

Our part is to believe, to trust, and obey.

(What follows below is from Oswald Chambers, My Utmost for His Highest)

“A river is victoriously persistent, overcoming all barriers. For a while it goes steadily on its course, but then comes to an obstacle. And for a while it is blocked, yet it soon makes a pathway around the obstacle.

Or a river will drop out of sight for miles, only later to emerge again even broader and greater than ever.

Do you see God using the lives of others, but an obstacle has come into your life and you do not seem to be of any use to God?

Then keep paying attention to the Source, and God will either take you around the obstacle or remove it.

The river of life that comes forth from the Spirit of God overcomes all obstacles.

Never focus your eyes on the obstacle or the difficulty.

The obstacle will be a matter of total indifference to the river that will flow steadily through you if you will simply remember to stay focused on the Source.

Never allow anything to come between you and Jesus Christ— not emotion nor experience— nothing must keep you from the one great sovereign Source.” Selah & Amen