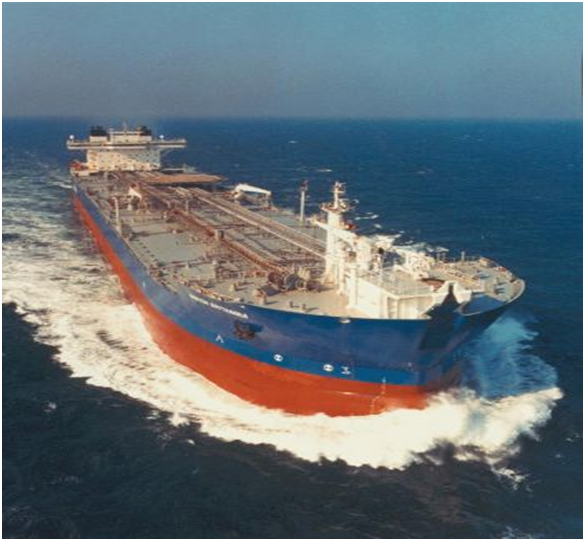 Inertia will work against it, but with enough power it can be done!

The same applies with the power to turn our nation!!!

Below is a devotional message from Our Daily Bread, on the subject of ingratitude, which unfortunately tends to be a common trait among people. Notwithstanding this also applies to We the People of these here fair United States of America!

Surely many today are ungrateful for our many blessings, and for a good many of our population today, having had no Bible training, and never having experienced an encounter with Jesus Christ, they are totally ignorant of the things of God, and they don’t know what they don’t know!

How is the party of the first part to know about Jesus if the party of the second part is not talking to them, nor praying for them; and are content to keep their treasure to themselves, behind the four walls of their various churches?

Of course they will readily tell you anyone is welcome to come into anyone of these fine churches, and get saved, anytime they choose to; but the point is most will not do that; and so that’s why Jesus set the pattern in scripture that the Gospel message is to be taken to them… where they are, in the market place, and out on the highways and byways of the world.

Also there is another change today, that is not good; and that is whereas the gatekeepers of right and wrong, and the overseers of public good, at least in colonial days, was found in the church; and the preaching that was heard every Sunday served as the beacon to show the people the Way, and to keep them accountable and on track… all that has changed.

Today what was once the purview of the church as society’s gatekeepers is today managed by the talking heads you see on TV, among the secular, anti-God, atheist and agnostic crowd, among the very people the church was sent to minster to.

Now if that isn’t a case of the tail wagging the dog, then I don’t what else is!

Our society is backwards folks, from where we began!

Our country was founding by Christian men and women, who risked their ALL to come here through violent storms and roaring seas; and many died in the effort.

They then dug in at Plymouth Rock, and proceeded to mold and shape a nation and carved out of this new land a home and a government that was founded upon Godly principals, which they learned and gleaned from the Bible.

Maybe that’s why our Lord refers to us as His sheep… because sheep are some pretty dumb critters; and sheep need a shepherd or they are liable to follow each other right off a cliff… and folks is that not what’s happening in our country today?

Do we not have a case where the spiritually blind and unregenerate are at the helm of our nation, making the laws and directing the course for our nation’s future, that the rest of us are to follow; while the church for the most part is content to playing church and having little bless me parties on Sundays?

How is that going to change anything, if what is kept in the church doesn’t make it to the streets?

But such as it is, that is exactly the state of our society today… where in the absence of the church’s presence and God’s people in the market place, with us being about our Father’s business, and as a result of the paradigm shift that has occurred here, in these here United States… that job has today been taken over by the Oprah Winfrey style talk shows, and media celebrities, and by Hollywood actors and such… and so is it any wonder our nation is in the mess it is in?

Our nation is as this huge ship, this ocean going tanker that is weighted down, with its cargo holes full to the brim. We have been traveling in this same direction for a very long time, and all the inertia and prevailing currents have long since been established in the present direction… away from God!

With the rudder being so small, and with all the inertia and current flow already pushing us in the wrong direction, we aren’t going to be able to turn this ship around on a dime; and certainly it is going to take the spiritual equivalent of some major hydraulic POWER, from an outside source… a heavenly source, if you are following my analogy, to turn us around!

That’s our cue folks, and those are our battle instructions for today… for us to fall down on our knees, and repent; and ask for God’s mercy and forgiveness on our country!

Now we need to understand this also, that with God’s “Hydraulic Power” being what it is, in the Holy Spirit, it doesn’t take much prayer to move mountains, and this is even true of large tanker ships as well!

For in God’s economy, when we are fighting our battles His way, and are being obedient and are submitted to the leading of the Holy Spirit this is what we can expect (http://www.faithwriters.com/article-details.php?id=5510)

Man that is some kind of power we have behind us, and certainly the odds are stacked way in our favor; but only as we are moving under the direction and power of the Holy Spirit… and that is my point!

It does not take a lot of people praying to move this big tanker around, and cause it to turn; but it does take some people praying; and that is our confidence and our hope, as a nation, that as we who are called by His name, will humble ourselves and pray, and as we repent and seek after God’s face; then God’s promise is to hear from heaven, and to heal our land. Selah and Amen