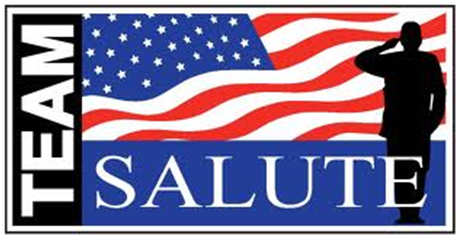 The importance of supporting our troops,

and providing for the defense of our country!


My thanks goes out to Gene and Stan for forwarding this link to me.

I actually like this guy, and I find much of what he says very interesting and informative.

My take on the subject, however, I think might be a little different.

Whereas I’m sure that if we got some different people in charge, in Washington DC, other than career politicians, who have their hidden agendas as many of our politicians have today, for that’s how they stay in office, I am sure that we could save money; and certainly there is nothing wrong with that at all, as long as we don’t compromise our national defense in the process.

After all, providing for our national defense is the one IMPORTANT thing that our Federal Government is mandated by our U.S. Constitution to do; but unfortunately, as is the case today, our Federal government has elected instead to butt their nose into every aspect of our lives; and are doing things today that are beyond the authorized scope of their authority, as per our Constitution.

As to his comment about dropping bombs on children, I think that is completely out of line! If anything, I think history will prove that we bend over backwards to avoid civilian casualties, even at the risk of American lives; and I actually took a offense at that particular comment, because I don’t believe it is at all justified.

I think it is probably fair to say that the bulk of the money that we spend today, is spent more on Social Welfare programs, and those expenses are about to go through the roof if this administration has their way with the illegal alien situation; and the Obamacare program that was just rushed through congress without anyone reading it, I might add; and the fact is, most all of these sorts of programs are not at all mandated by our U.S. Constitution… so why are we doing them?

Besides, our social welfare programs today are not so much designed to help people, as they are to keep them dependent upon the government; and to provide for these huge bureaucracies that have to be supported and managed by those who run them.

After all, if we are doing right by the people who are on these various welfare programs, then the ultimate goal should be for government to eliminate the need for that service, wherever possible, or at least reduce the need for it.

I believe if our Federal Government were to butt out of a lot of stuff that they are involved in, that according to our Constitution they have no business in; and if we would elect honest and knowledgeable men and women to office, who are there to serve the public and not their own careers; who understand business and how to operate at a profit and within a budge; who also know how to pray and seek God for guidance and wisdom; and if we would return our dollar to the gold standard; and also allow more freedom of commerce in market place, without all the unnecessary red tape and taxes, I believe that our economy and our employment picture would be greatly improve.

The bottom-line is, if our government does anything, it is of utmost importance, I believe, that we maintain a strong military presence in the world, especially in these times; and I would like to see us be even more as Teddy Roosevelt said, and that is for us “To speak softly and carry a big stick.”

Believe me, this world today is much too dangerous for us to not maintain a strong military presence; because as is the case with any bully, and there certainly are plenty of bullies out there in the world today, of people who hate us and have made themselves our enemies; and these people don’t hesitate to use women and children as their cannon fodder, and the fact is, these people don’t respect anything but a stick that’s bigger than their own.

In my opinion we should always try and avoid war at ALL cost, whenever possible; but when we have said all we have to say; and diplomacy has obviously failed, our enemies need to know that we are not afraid to back up what we say with action!

I have heard this in the past, and I happen to believe it is probably true, that a lot of our wars that we fight, and have fought in the past, to a large extent, have been instigated and influenced by the International Banking Interests, of those who control the FED and the monetary systems of the world.

I’m sure if we looked behind the scenes as to what events have lead up to WW I and WW II, and other wars we have fought, I am sure that we would find evidence to support that theory; because in every case where there is a war, the economy gets stimulated, resulting in an increase of fiat money to pay for it; thereby increasing the profits of these Bankers tenfold or higher, and also of large corporate interests.

The Bible clearly says that things like this are to be expected when a people are unequally yoked with unbelievers; and that is certainly the case in our government today, where we have people in high places who are more in business for themselves, who have hidden external interests outside of government; and are more interested in serving those outside interest at a profit for themselves, then they are in doing what’s best for the people, whom they are suppose to be serving.

That being said, I think the maintaining of our military has been at least one area that our government has usually done half way descent, all things considered, and that’s not to say there isn’t room for improvement, and that we can’t cut off unnecessary and wasteful spending.

But when it comes to putting our guys in harm’s way, there is no more worthwhile expense, than for us to make sure that they have the very state of the art in weaponry, and the best possible means to defend themselves, that money can buy!

After all, we only get to lose a war once!!!

I would like you to hear a current comment from Chalmers Johnson:  (http://www.youtube.com/watch?v=VPr_T7btVgA)!  Chalmers Johnson is a retired professor of international relations at the University of California, San Diego. He is also President of the Japan Policy Research Institute. Johnson has written for several publications including Los Angeles Times

The guy was my introduction to world economics about 3 years ago.  I caught a program on PBS that interviewed him.  He has written several books, particularly frightening is entitled “Nemesis” (http://www.democracynow.org/2007/2/27/chalmers_johnson_nemesis_the_last_days) which touted the “Hubris” (Arrogance) of our placement of over 800 military basis throughout the world. The growing animosity towards the U.S. in each of these outlying countries is huge.

I suggest you research this gentleman, his credentials are striking, as well as my recent post regarding Naomi Wolfs book, “The End of America”, (http://fora.tv/2007/10/09/Naomi_Wolf_End_of_America#fullprogram ) written during the Bush years.

When you look back as far as Kennedy ( http://agendadocumentary.com/ )   you will see a disturbing trend that we were warned of by Pres. Eisenhower (http://www.americanrhetoric.com/speeches/dwightdeisenhowerfarewell.html ) !

I am rushing my point here regarding the US Military complex, because the issue is larger:  The Banking system at large (http://motherjones.com/politics/2006/05/predator-state),  The Progressive Movement, the rise of China and India as economic forces of change, plus  the Muslim presence in non-Muslim countries.

This is not the “Beginning” of our struggle with the “Progressive Socialists” by any stretch!  This is the last inning of a game that has been in play for almost 100 years!  http://www.heritage.org/Research/Reports/2007/07/The-Progressive-Movement-and-the-Transformation-of-American-Politics

How are we to survive in this environment?

Are there any positive elements out there?  Try these:http://www.cnn.com/video/#/video/podcasts/fareedzakaria/site/2010/08/15/gps.podcast.08.15.cnn to hear about Robert Gates cutting back Military Spending.

The emergence of China and India. http://www.fsmitha.com/review/zakaria.html Not about the fall of America but, the rise of the rest of the ready economic powers!

My brain was ready to explode when I realized I had to step back and examine who I was in this world (prompted by Glenn Beck .  My wife gave me direction: Ephesians 6:12 and I found my footing. http://books.google.com/books?id=XDALWvxCcx8C&pg=PA69&lpg=PA69&dq=Principalities+and+powers+in+play+today&source=web&ots=d2g9wUgvy6&sig=ifj-1FPaQ-KC9ZshUr4xSq8Fuxk&hl=en#v=onepage&q=Principalities%20and%20powers%20in%20play%20today&f=false

Then I found the book, ” A Miracle that Changed the World: The 5000 Year Leap”, by Cleon Skousen, provides the grounding to begin to grow legs. http://www.whatwouldthefoundersthink.com/the-five-thousand-year-leap-what-we-seem-to-have-forgotten

I would welcome dialog and contributions to my growing library if you wish!