The Turkey has been defeated at Calvary…

All praise and Glory to King Jesus!

“Do NOT be afraid, for the army that

fights for us is larger than the one against us.” 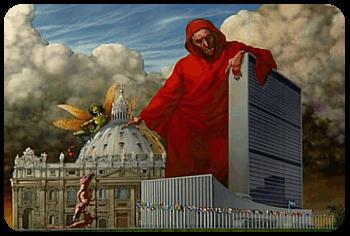 This world and more importantly our nation is in serious trouble.

The truth is this de facto D.C. Corporation has declared war not only on our U.S. Constitution, but they also have declared war on “We the People” as well.

More than ever we really do need to pray for discernment to see and hear what is truly going on, especially in this election year.

There is a lot at stake here, and we need to understand that we cannot long exist as a free people when our politicians lie to us, and say whatever they think will get our vote, with no follow through and no accountability from the media to hold their feet to the fire after the election.

This happens every four years, and the American people know it and even joke about it, and yet here we are in another election year and people are thinking once again that this next guy, this possible next change in administrations, will be the answer to our problems.

We said and thought the same thing about Bush, and I was saying it too! I supported Bush and his father, and I have been a Republican all of my life, until I found out what was truly going on.

We had eight years with George W. Bush in office and he did nothing of consequence, except he whittle more of our Constitutional rights away from us, and this has been going on for years!

It’s just getting to the point now that these politicians don’t even pretend to take their oath of office serious, and they actually consider the Constitution their enemy, because they have a whole different agenda for the United States, then what the American people elected them for!

In fact the two worse presidencies, when it comes to passing legislation and signing executive orders into law that strongly violate our U.S. Constitution, Obama and Bush together pretty much head the list:

The Bush and Obama Administrations shredded the U.S. Constitution. They have the worst record in history. Granted, there were some pretty bad presidents. Presidents Woodrow Wilson, F.D.R., and Jimmy Carter make my list. But Bush and Obama are getting there. Obama’s three year record alone qualifies him for this title.

Let’s look at President George W. Bush. A man who ran on a humble foreign policy and who entered office with a $236 billion surplus, Bush left government in terrible shape. He left a $454.8 billion federal budget deficit. He also increased the U.S. debt from$5,943,438,563,436 to $10,699,804,864,612 or roughly an 89 percent change in debt. His fiscal irresponsibility occurred because of his unconstitutional policies.

Bush approved several fiscally irrational ideas. Bush accepted the Medicare Prescription Drug, Improvement, and Modernization Act of 2003 which had a cost estimate of $1.2 trillion. This law expanded Medicare which is perceived by fiscal conservatives as a mortal sin. It expanded the scope of the Commerce Clause which allows Congress “To regulate Commerce with foreign Nations, and among the several States, and with the Indian tribes.” In no way does the Commerce Clause allow government to syphon more than a trillion dollars to increase healthcare coverage…

The two most horrendous pieces of legislation that have been passed I think was the Patriot Act and NDAA, where now government officials can come into your home, without a warrant and without probable cause; they can now arrest you and hold you indefinitely without filing charges, and without due process as outlined in our U.S. Constitution.

Those two laws in and of themselves, one signed by Bush and the other by Obama, tells you where these two political parties are taking our country!

The problem is we need to quit viewing our elections as Right verses Left, Democrat verses Republican, and we need to get our country off of this Corporate merry-go-round that we’ve been on for the last 141 years.

Instead, we need to return our government to it’s proper de jure foundation, as per our Founding Fathers, which is neither a corporation nor is it a democracy, but rather a Constitutional Republic!

Until that happens and until we remove the corrupting influence of private international bankers and lying dishonest politicians from our government, than nothing is going to change folks… can’t you see that?

We need to vote people into office, under a the Republic government, because that is the ONLY lawful governmet that we have.

This UNITED STATES OF AMERICA, INC is not a government at all, and it is the biggest fraud in history that has been perpetrated upon the American people.

No this D.C. INC is a corporation; and it together with the Bankers who control it and pervert it, and the politicians (Democrat and Republic) who support their agenda, who have sold our country and our constitution out, they are taking our nation into a “New World Order.”

We need to first repair the foundation of our government before we do anything, because nothing else will save us from their agenda.

Then afterwards, when we vote men and woman to take office under our de jure Republic, we need to vote for people who have a proven track record as being people of character, who will support and abide by our U.S. Constitution; and in my opinion we also need to elect people to office, who are like our first President, George Washington, whose first accountability is to the God of Abraham, Isaac, and Jacob!

In these times especially, we really do need to be wise as serpents and yet harmless as doves, as our Lord instructed.

This Gospel of the Kingdom of Heaven is powerful and it is to be preached to the ends of the earth; and that’s the the God given assignment of every Christian.

Many however doubt the reality of the spiritual world, but as we study the Bible (in 1 Corinthians 15:46) we learn that the spirit world is even more real than the physical one that we live in, and the reason why we know this is true is because it was the spiritual that came first, and then came the natural, and after the natural world is gone there will always be the spiritual  for God Himself is a Spirit.

This stuff is real folks and I can’t stress enough the importance of our getting this message out to an unsaved world; and especially here in our own country!

We each need to make a decision, and that is whether to consider this message of the Gospel of the Kingdom of God, receive it, and be saved; or reject it, or ignore it, either way that person who either rejects it or ignores it, and then dies without his or her Saviour, the Bible says they are lost forever.

The Bible tells us that whoever calls upon the name of the Lord (Jesus) will be saved; it also says that there is ONLY one name under heaven whereby any man or woman can be saved, and that is in the name of Jesus!

Below is a testimony of a man who was actually crossing that line, unsaved, without his Saviour; and while they were still working on him in the hospital, and as he saw the dark spirits gathering to take him away, he had the presence of mind to called upon the name of Jesus!


For those of us who have accepted this Gospel’s message, who are born-again, we are in a war, and our enemy’s biggest advantage today is that so many people don’t even acknowledge or believe in his existence.

How can you fight something or someone if  you don’t believe it exists?

There are even those within the church who don’t believe that this spiritual battle is real, and they are trying to fight by carnal means, and the Bible says that just won’t work!

Below are some tools that I thought would be helpful in how to wage our war in the spirit.

We have, as Jesus said, ALL power in heaven and earth at our disposal to get this job done… we just need to it! Also, let us start by fighting this battle to save our nation by getting on our knees as well.

Satan is relentless. He doesn’t give up. He knows that one Spirit-filled Christian, walking in faith, can deal a severe blow to his kingdom. Even though Satan has been defeated and his destiny has been sealed, he doesn’t believe it.

Jesus said in John 8:44 that Satan “does not stand in the truth, because there is no truth in him. When he speaks a lie, he speaks from his own resources, for he is a liar and the father of it.” Jesus exposed Satan for what he really is. Satan is a liar. And he must believe his own lies because he still attempts to win.

The Bible tells that we are to not be ignorant of the devices of the devil. He is a relentless enemy. But, even though he is relentless, he still uses the same old methods. His methods haven’t changed in 2000 years. We know from the Word of God that he doesn’t give up just because someone is seeking the truth, or just because we are a Christian.

When Jesus was tempted by Satan, He quoted the Word. Satan was defeated in this exchange of events, but the Bible tells us something very interesting here about the nature of Satan. The Bible says that after Jesus spoke the Word and Satan left, he didn’t leave without a plan. He just retreated for a little while and waited for another opportunity to attack. The Bible says he left and waited for a more opportune time.

Satan does not want you to know you have authority over him. Remember, he is a liar, and many times he uses religion to bind Christians.

What I mean is this. The only thing that will repel the forces of evil is the name of Jesus. Jesus gave us, the church, authority to use His name.

Jesus said, “Behold, I give you authority to trample on serpents and scorpions, and over all the powers of the enemy, and nothing shall by any means hurt you.”