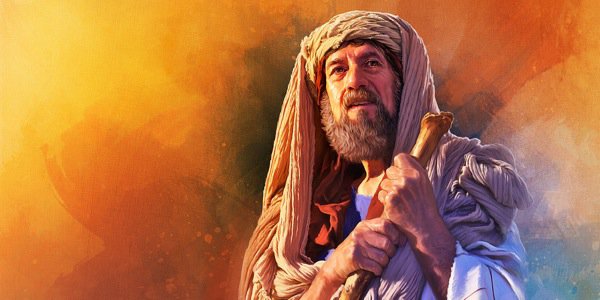 ABRAHAM: the father of all who have faith and believe…

The GOD kind of FAITH provides limitless power when mixed with our prayers, but our doubts and fears will exclude God and will cancel our faith.

We must learn to believe without doubting!
———

How do we develop this GOD kind of faith?

The Christian can even welcome trouble
2-8 When all kinds of trials and temptations crowd into your lives my brothers, don’t resent them as intruders, but welcome them as friends!

Realise that they come to TEST your faith and to produce in you the quality of endurance.

But let the process go on until that endurance is fully developed, and you will find you have become men of mature character with the right sort of independence.

And if, in the process, any of you does not know how to meet any particular problem he has only to ask GOD—who gives generously to all men without making them feel foolish or guilty—and he may be quite sure that the necessary wisdom will be given him.

But he MUST ask in sincere faith without secret doubts as to whether he really wants GOD’s help or not.

The man who trusts GOD, but with inward reservations, is like a wave of the sea, carried forward by the wind one moment and driven back the next.

That sort of man cannot hope to receive anything from GOD, and the life of a man of divided loyalty will reveal instability at every turn.

Abraham was called the father of faith for a reason:

16-17 The whole thing, then, is a matter of faith on man’s part and generosity on God’s.

He gives the security of his own promise to all men who can be called “children of Abraham”, i.e. both those who have lived in faith by the Law, and those who have exhibited a faith like that of Abraham.

To whichever group we belong, Abraham is in a real sense our father, as the scripture says: ‘I have made you a father of many nations’.

This faith is valid because of the existence of God himself, who can make the dead live, and speak his Word to those who are yet unborn.

Abraham was a shining example of faith
18 Abraham, when hope was dead within him, went on hoping in faith, believing that he would become “the father of many nations”.

He relied on the word of God which definitely referred to ‘your descendants’.

19-22 With undaunted faith he looked at the facts—his own impotence (he was practically a hundred years old at the time) and his wife Sarah’s apparent barrenness.

Yet he refused to allow any distrust of a definite pronouncement of God to make him waver.

He drew strength from his faith, and while giving the glory to God, remained absolutely convinced that God was able to implement his own promise.

This was the “faith” which ‘was accounted to him for righteousness’.

As Christians, we must learn to incorporate this “GOD kind of FAITH,” that we see in Abraham, in every area of our life; and to ALWAYS make room in our faith and confident reliance upon GOD, for Him to do the unexpected, by answering our prayers in ways that we did not even consider — as we are trusting GOD with all of our heart and NOT leaning on our own understanding (Proverbs 3:5-6).

Look at What Is Unseen
by Kenneth E. Hagin

How can you look at something unseen?

You’re looking at it through the eyes of faith.

People who are sick and are prayed for again and again do not get healed because they are motivated by their sight or by their feelings.

They’re motivated entirely by their feelings.

I pay no attention to my feelings whatsoever. I couldn’t care less about them. I’m moved only by what I believe.

I adopted a motto from Smith Wigglesworth many years ago:

That has helped me through many a hard place.

I mean, I have looked around me in times past when everything seemed to indicate defeat. But I just kept looking the situation right in the face, saying, “I’m not moved by what I see.”

That’s faith. It has brought me through many a hard place, and it will do the same for you.

One thought on “The Faith of Abraham…”