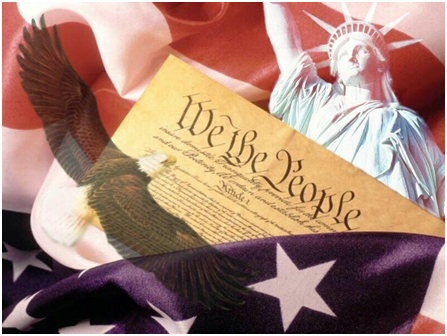 It requires educating yourself regarding the history that has been hidden from you; it also requires not just accepting everything you hear over the news media, but doing your own homework. Our founding fathers warned us of the dangers of our having private banks and corporate business interests taking over our government. Well that process became reality in 1913, at the passage of the Federal Reserve Act!

What is The Restore American Plan?

This fraud has been going on for a long time, over 100 years…

Below is an actual Bankers Memo that circulated back in 1892:

Revealed by US Congressman Charles A. Lindbergh, SR from Minnesota before the US Congress sometime during his term of office between the years of 1907 and 1917 to warn the citizens.

“We (the bankers) must proceed with caution and guard every move made, for the lower order of people are already showing signs of restless commotion. Prudence will therefore show a policy of apparently yielding to the popular will until our plans are so far consummated that we can declare our designs without fear of any organized resistance.

The Farmers Alliance and Knights of Labor organizations in the United States should be carefully watched by our trusted men, and we must take immediate steps to control these organizations in our interest or disrupt them.

At the coming Omaha Convention to be held July 4th (1892), our men must attend and direct its movement, or else there will be set on foot such antagonism to our designs as may require force to overcome. This at the present time would be premature. We are not yet ready for such a crisis. Capital must protect itself in every possible manner through combination (conspiracy) and legislation.

The courts must be called to our aid, debts must be collected, bonds and mortgages foreclosed as rapidly as possible.

When through the process of the law, the common people have lost their homes, they will be more tractable and easily governed through the influence of the strong arm of the government applied to a central power of imperial wealth under the control of the leading financiers. People without homes will not quarrel with their leaders.

History repeats itself in regular cycles. This truth is well known among our principal men who are engaged in forming an imperialism of the world. While they are doing this, the people must be kept in a state of political antagonism.

By thus dividing voters, we can get them to expand their energies in fighting over questions of no importance to us, except as teachers to the common herd. Thus, by discrete action, we can secure all that has been so generously planned and successfully accomplished.”

This information provided by The Federal Observer, http://www.federalobserver.com The above was taken from the “Banker’s Manifest”, for the private circulation among leading bankers only, taken from the “Civil Servants’ Year Book, “The Organizer” of January, 1934. The Banker’s Manifesto ties in with U.S. Senate Document No. 43, 73rd Congress, 1st Session (1934), to wit:

“The ultimate ownership of all property is in the State; individual so-called “ownership” is only by virtue of Government, i.e., law, amounting to mere “user” and use must be in acceptance with law and subordinate to the necessities of the State.”

The following is quoted from John Prukop of the Coalition of a Constitutional Washington:

The “plan” is to control all resources, human and natural. The control is not by elected public officials, but by a self-appointed oligarchy. This is born out by reading the details of Article 21 and 39 of the “Convention On Biological Diversity.” This treaty declares there are no reservation of rights. Article 21 mandates that three international organizations, the UNEP, UNDP and the World Bank, will direct and control “the policy, strategy, programme priorities and eligibility criteria relating to access to and utilization of resources” in each member country.