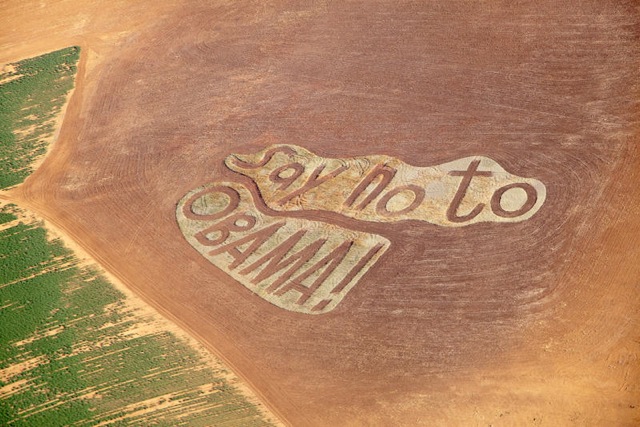 Let’s be very clear, when you say NO to Obama, you are saying no to the following:

· The liquidation of our U.S Constitution;

· The surrendering of our sovereignty and freedom as a people, for government sponsored socialism;

· The exchange of our constitutional liberties, to tyrannical rule, by self-centered, self appointed, demigod bureaucrats, or czars… whatever they are called these days; all of whom, by the way, are appointed by one man, and none of which are elected, and nor are they accountable to anyone, except to the man who appointed them;

· You are saying NO to the mass extermination and genocide of innocent life, in that of the unborn child, inside of a mother who doesn’t want it;

· You are saying NO to a society where Euthanasia is the norm; and a bureaucrat gets to decide what medical treatment you should get, and whether you should live or die;

· You are saying NO to a society that has forfeited all of our long established heritage and history as a Christian nation;

· You are saying NO to same sex marriage; and the acceptance of the homosexual lifestyle as normal and natural;

· You are saying NO to a military that has been undermined and demoralized by unnatural and ungodly requirements and laws;

· You are saying NO to having your children, and all future generations being made servants and slaves to the State;

· And most importantly, you are saying no to this stupid, and traitorous thing called the “New World Order;” which is nothing more than an entrée, that is taking us one step closer to the rule of the Beast of Revelation… who is the Antichrist!

So I am in total agreement with this message, from Lubbock, Texas, 100%; and I suggest the rest of America wake up and give Obama that same message… while we still can, before it’s too late!

Look at the 2nd picture and compare the message size with the farm house and adjoining buildings etc. The picture is actually huge..

The farmer who owns the field made the images, and it’s near the airport so all of the planes coming and going can see the message. It would be hard to land in Lubbock, Texas and not see this. 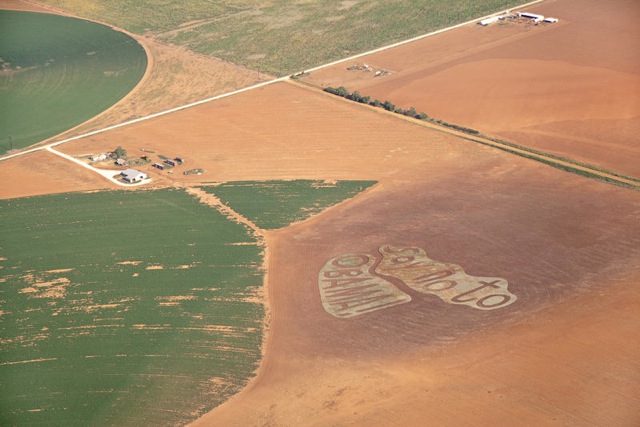 Doesn’t it make you proud to live in Texas!!!

3 thoughts on “Lubbock Texas Farmer Says No to Obama!!!”