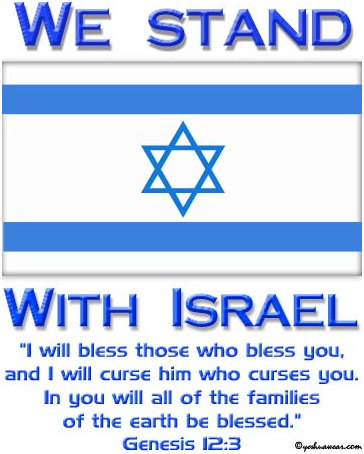 What follows is a very interesting video with Grant Jeffrey, that I believe gives a very likely synopsis of the way I believe the last days events around Israel will unfold… and it all is happening right now, before our eyes!

The madness that is in the world today is about to get a lot worst! The Bible says clearly (in verse 4) that God in heaven laughs and scoffs at the madness of the sons of men who actually think that they can fight a war against God and win!

At the of head of this band of nations is a very evil entity, a spiritual being that once ruled as a chief Archangel and anointed Cherubim, under God… and he is the maddest of all.

It has been through his cunningness and ability to operate stealthy, out of sight, and convince many people, even in the church of his nonexistence; and also to deceive enlist men to follow him, that Satan has been able to build his evil empire… all of which today is illegal!

Satan however does not have free reign in the earth to do as he pleases however; but as we can learn from the account given us in Job, he is as a dog on a leash, who can only go so far.

Not only that, but the Bible clearly says that this position, usurped by him in the Garden, as god of this world has been stripped from him, when Jesus (Heb-Yeshua) defeated him at Calvary.

The Son’s of God, who are the born-again band of believers in the world, they are rightly God’s chosen people to have dominion in the world; but that dominion comes only as we take the land by force that Satan now occupies.

It would appear that as a dog on a leash, Satan’s function is to train and challenge these Son’s of God, and to challenge and test the use of our free will.

This exactly what he did in the Garden with our original parents (Adam and Eve), where God placed them in a garden with two trees in it, one was the Tree of Life, which they were allowed to partake of; and the other was a tree of death, called the Tree of the Knowledge of Good and Evil.

This latter tree was forbidden, and God told Adam that to eat from it would bring death.

God never tempted Eve or Adam to eat of this fruit, Satan did that, when he tempted Eve, and Adam followed; but the positioning of these two Trees and the Law governing their use, one allowed and the other forbidden, was to test the will of Adam and Eve, whether to submit fully and follow God, or to do their own thing, and go their own way… which is exactly the same sin that also lead to Satan’s downfall.

What I have just described here, in man’s tendency to go his own way and do his own thing, is exactly what the nature of sin is; and it is also the reason why God cannot tolerate it.

God demands totally loyalty from his us, but only by the free submission of our will to follow Him… He does not force it upon it upon anyone.

So now enters Satan into the picture to test the hearts of men, and to see where their true loyalty lies… whether to serve self, or God?

If you have been reading my blogs you have heard me talk a lot about the Globalist conspiracy or agenda that is seeking to rule and take over the world; whose power is centered in the money changers and money brokers of the world, who are the international bankers.

This evil cabala is occult oriented and is headed by the Rothschild’s Family Banking Dynasty; who have over many years used their immense power and wealth to undermine the free democratic governments of the world to influence and undermine governments; and they have also even enlisted the aid of active members of these various governments to serve their cause from the inside.

Many of these people were recruited and have been on board with this Globalist agenda ever since their college years, where they were originally compromised, and today are betraying the countries they have sworn an oath to serve.

You see, Satan understands well the value of corrupting the minds and hearts of the younger generation, and he has done that for years; even as you can see happened in Nazi Germany with the Brown Shirts youth group; and is today happening in our own country, here in America, as children in public schools all across our land today are being taught to sing praises and songs of dedication and loyalty to Obama.

Do you think I’m kidding? Well check out this clip and see for yourself, which ends with a video of the Hitler Brown Shirt youth movement doing the same exact thing.

Golly folk, you would think that with all of this history that I have just mention, that there would be mass uprisings and protests at what is happening in our country; that at the very least indicates that something very sinister and very wrong is going on in our government today; and yet it appears that much of American (even in the church) are absolutely blinded and numb to what is going on right before their eyes.

This malaise that has blinded the eyes of so many people to see the truth is one sure sign of the power this entity, this evil wanna be god, called the Devil, has to deceive; and I believe that even as Jesus was offered the nations of the world, if He would only bow down and worship this being called Satan; I believe that same offer was made to others, and that these Globalist Bankers, headed by this Rothschild’s Dynasty, have bought into Satan’s lie, and are the main instruments among men to implement this coming New World Order.

As I said, these people have over the years used their immense power and influence to destabilize and undermine the free democratic governments of the world, including right here in the United States, and have both enlisted and have corrupted even members of our own government leaders, past and present Presidents, and members of Congress, of people we elected to office to serve our interest; and also they have corrupted our media… and all for just one reason, and that is to serve their cause… which cause is the establishment of this “New World Order!”

Wake up America… and pray!