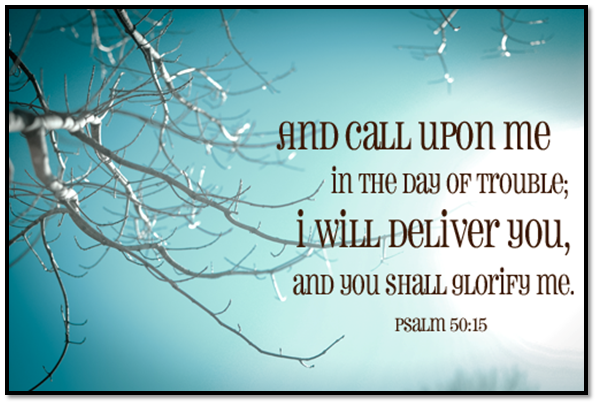 GOD is an ever present help in our time of need…

and the Bible assures us that he will help us when we call upon Him!


I can tell you that this man was used of the Lord in my life to give me both Words of Knowledge and Wisdom on several different occasions.

Shortly after I was born-again I happened to be in a Christian Businessmen’s dinner meeting, where Dick Mills was the speaker.

What happened was I happened to be seated in the back, in a room that was filled with about 300 people, and I just had a thought in my mind, which I didn’t vocalize, that it would be really cool if I could get a message from the Lord today.

No sooner than Dick Mills came up to the podium he pointed right back in my direction and said the man in the back with the curly hair who said he’d like to get a word from the Lord, would you come up here please?

I might also add that this happened shortly after I had received my first Word of Knowledge from another minster (who had never seen me before and didn’t know me from Adam) that told me about an event that had occurred approximately five years before.

When I was nineteen I was involved in a near fatal auto accident.

I was out on a Friday night with three of my friends. We had spent the evening bowling and were on our way home.

My one friend, who was driving, had just gotten a brand new SS Chevelle 390 Super Sport as a gift from his parents.

We had stopped to drop off my other friend’s girlfriend at her house, and for some reason, after they had gotten out of the car, my friend with the car (Bobby), decided to start horsing around and was punching the engine to lay some rubber on the street.

All I can remember was my trying to put my seatbelt on, but was unable to because it was stuck.

I later learned told that he said he had mistakenly hit the accelerator, instead of the brake, and the car had run into a tree; and I guess at that point I went head first into either the dash or windshield.

The next thing I remember is I woke up in a hospital ICU room about a week and half later, from a coma.

This experience made an indelible impression on me, in that for some reason, when I awaken from the coma God was VERY real to me.

I thought I was a Christian because I had been raised in the church, was baptized as an infant, and was confirmed at age 13; at which time I stopped attending church. I guess it was because I figured I had fulfilled all the requirements.

I had no idea what it meant to be a Christian; that it was much more than merely fulfilling some religious denominational requirements or rituals.

Anyway five years later I was now living in California, and it was here that I became a born-again Christian.

I used to listen to this preacher every morning in my early drive to work and decided this one Sunday to attend his church.

While setting out in the congregation in the middle of the service this pastor, who again I repeat didn’t know me at all and had never seen me before, he called me to come up to the front and then proceeded to give me my first Word of Knowledge.

He talked about my accident and told me that the Lord had sent an angel and had snatched me out of the hands of Satan. He also told me other things too, personal things, that he had no way of knowing.

Like I said this was my first experience with the Gifts of the Holy Spirit, and it was God’s way of letting me know that everything I read in the Bible is true.

We serve an all powerful supernatural God and yet much of the church today, as the Bible said would happen (in 2 Timothy 3:5), where it says (talking about the condition of the church) that though they have a form of godliness, they have denied its power!

I have learned that this Christian walk is far more than our following some religious dictates or dogma of a any one church denomination, and mind you none of that is necessarily bad and it can be very helpful if it is practiced according to Scripture.

My point is this, if you are facing difficulty in your life today, trials and tribulations is what the Bible calls it (and really who today isn’t) then you need to know the God of the Supernatural, who the Bible says is ever mindful of every detail of your life.

It even says (in Psalm 139 that he has scheduled each and every day of our life, before we were born, and recorded each day in a book:

16 You saw me before I was born.
Every day of my life was recorded in your book.
Every moment was laid out
before a single day had passed.

The Bible also tells us:

29-31 “Two sparrows sell for a farthing, don’t they? Yet not a single sparrow falls to the ground without your Father’s knowledge. The very hairs of your head are all numbered. Never be afraid, then—you are far more valuable than sparrows.

33 These things I have spoken to you, that in Me you may have peace. In the world you will[a] have tribulation; but be of good cheer, I have overcome the world.”

So whatever you are facing individually, or whatever we are facing, collectively, as a nation, in both instances Jesus is the answer!

And just before He left earth He told His disciples:

18 And Jesus came and spoke to them, saying, “All authority has been given to Me in heaven and on earth.19 Go therefore[a] and make disciples of all the nations, baptizing them in the name of the Father and of the Son and of the Holy Spirit, 20 teaching them to observe all things that I have commanded you; and lo, I am with you always, even to the end of the age.” Amen.

So what does all of this mean?

It means that if you are a Christian, God has set spiritual forces to work on your behalf, to train you and to prepare you for eternity; and His promise (as found in Philippians 1:6) for all of us is that He will continue that work until its completion.

God never gives up on you and so don’t you give up on yourself!

Keep the faith and come join the adventure.