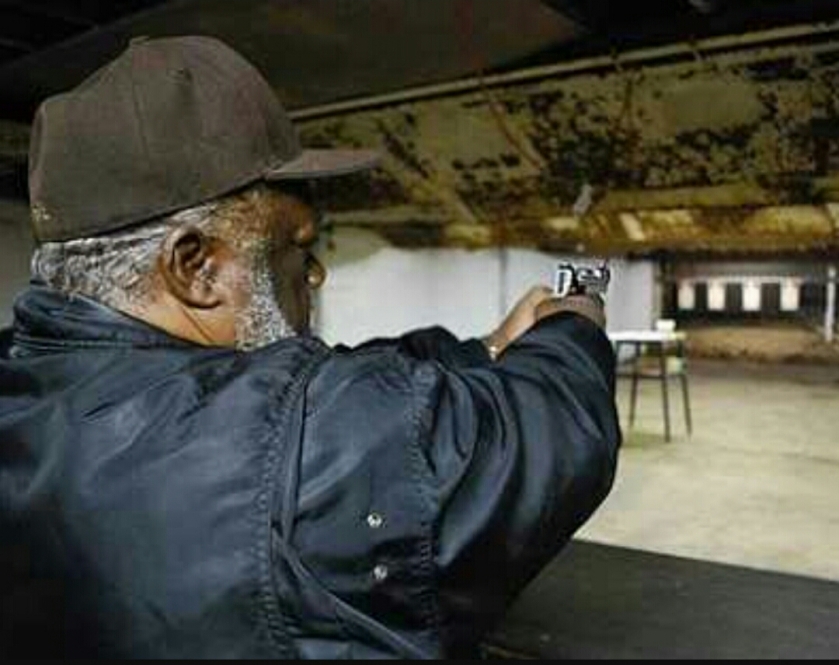 What follows is true for ALL of us, not just the elderly…

The Second Amendment of the United States Constitution reads:

“A well regulated Militia, being necessary to the security of a free State, the right of the people to keep and bear Arms, SHALL NOT be infringed.”

The real evil and the people we need to be concerned about, in this day and age, are those politicians, who reserve the right to protect themselves with guns, who in violation of their oath of office, would disarm us and make us more vulnerable!
—

Why Carry a Gun?

My old grandpa said to me ‘Son, there comes a time in every man’s life when he stops bustin’ knuckles and starts bustin’ caps; and usually it’s when he becomes too old to take an ass whoopin.’

I don’t carry a gun to scare people; I carry a gun because sometimes this world can be a scary place.

I don’t carry a gun because I’m angry; I carry a gun so that I don’t have to spend the rest of my life hating myself for failing to be prepared.

I  don’t carry a gun to make me feel like a man; I carry a gun because men know how to take care of themselves and the ones they love.

Police protection is an oxymoron: Free citizens must protect themselves, because police do not protect you from crime, they just investigate the crime after it happens and then call someone in to clean up the mess.

Personally, I carry a gun because I’m too young to die and too old to take an ass whooping’!