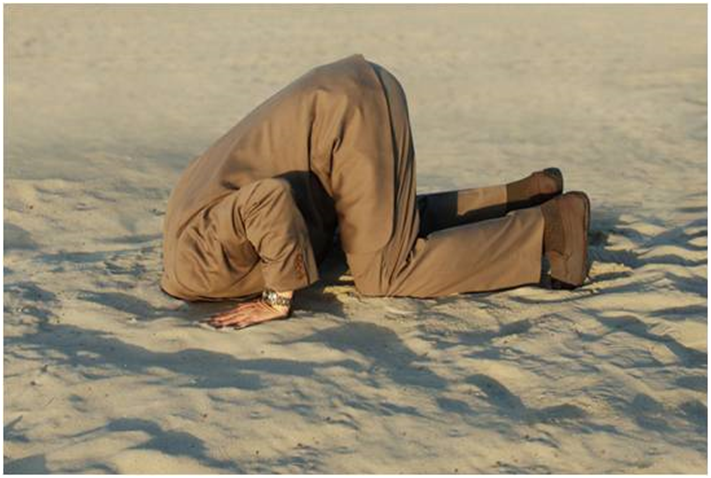 This is not the proper position for any Christian to be in!

I would say there are even Christians today, who have assumed this position as their position of prayer… but the Bible instructs us to watch and pray, does it not?!

This is still American, and mind you this is going on today in our country:

Need I remind you that our nation was not founded by pacifists, but it was founded by Christians; and neither has our liberty been preserved by pacifists, but by people who put themselves in harm’s way, many at the cost of their lives, and died in order to preserve this liberty that so many today are taking for granted!

This pattern of eating an elephant one bite at a time takes both patience and time; and for those who have the eyes to see and ears to hear, who have heard the warnings from people like Brigitte Gabriel, who is founder and president of an organization called American Congress for Truth, will understand that this is exactly what the plan is for our United States of America; as it is today in the UK; as it is in France; and as it has already happened in Lebanon, where Mrs. Gabriel is from.

It is because this Administration, as well as the last Republican Administration (under George W. Bush), and the one before that (under Clinton) were all soft on the problem of the illegals invading our borders; and also given the fact that this present administration, under Obama, is on record himself as being pro Islamic in his own beliefs; and also because of the fact that all of this serves the Globalist ultimate agenda to move our nation closer towards a “New World Order;” all of this together is the reason why you won’t be hearing about this on the evening news.

Well, that elephant is being eaten right before our eyes… as I would add, happened once before in a place called pre-Nazi Germany; but even as I write, I can hear some of you are saying, “Dearborn is not my problem and it is far from where I live; and besides I have enough problems myself locally, just trying to survive in this economy, not to be concerned about what’s going on the other side of the country.”

I know sure as shooting that this is exactly what some of you are saying; and I can tell you that is exactly what the enemy is counting on; and when I say the “Enemy,” I mean Satan, the Devil.

Obama, Bush, and Clinton ALL have been puppets on his string, and they all have been both recruited and mentored, since their college days, in secret societies and such to betray their country; as this meal to serve up this proverbial elephant began long ago, more than 200 years ago, and even goes back before the founding of our country… and I can tell you this, the enemy is counting on your inaction and your acquiescence to what is happening today.

Christians, the world, the unbelievers in our country do not have the biblical perspective that you and I have; and they aren’t aware of the prophecies regarding these last days, and the New World Order, as you and I are… they don’t know what they don’t know… and so possibly even they have an excuse for their ignorance, and for not seeing the danger; but you and I don’t!

Need I remind you that it was definitely not a soft and weak people who came here to shape our nation; but rather they were for the most part Christians, who came here as Pilgrims.

They were a people who were fleeing the same sort of religious persecution and abuse that is today developing in our country, and though it is in the beginning stages, it nevertheless is happening; howbeit for the Pilgrims, their source of persecution was from a corrupt church hierarchy, not from Secular Humanism (which is a religion folks), or Islamic fundamentalism, as we see in our country today.

Satan is very religious folks, and he doesn’t care what the label is over you church or synagogue, or mosque, he will use them all to serve his purpose, to enslave and deceive; and that is exactly the reason why Jesus warned us that we need to be wise as serpents; and also the Apostle Paul warned us not to be ignorant of the enemy’s devices, meaning his strategies and mode of operation that the enemy uses.

However, I’m sad to say that is exactly where much of the church is today, where Christians are most comfortable with their heads in the sand… and are hoping against hope, in fear, that all of this goes away!

This nation was not formed by Christians like that, who were passive, who were just going with the flow, I can tell you that; and even in our war to gain our Independence, against Mother England, it required people just like you and I going against the flow, and the status quo; in order to resist the evil that was being forced upon them.

The question is, do we not care enough for the liberty that we have today, that so many have shed their blood to preserve, that we won’t even speak up?

Again, I can tell you that is exactly what the enemy is counting on, and if you are fearful and are paralyzed and are not willing to speak up, we will most certainly repeat the same history here in America, that happened in pre-Nazi Germany… and you can count on it!

Folks I can tell you, if you ever felt a need to pray for our nation, please do so now; as we are at a definite crossroads in our history.

I really don’t think it is set in stone yet what our role is to be, that will be played by the United States in these last days, as to which side we will be on (either for or against God), and whether we are a sheep nation or a goat nation when our Lord comes back.

I do however believe that what we do and don’t do right now, whether we are praying and interceding or not, will determine just that. And so I urge you ALL, who are Christian, to pray, to both watch and pray, as though our future and the future of our children depended upon it… because I can tell you this, it most certainly does!

In conclusion, once again I would like to direct your attention to an effort that is on going right now, as I write; and it is a peaceful movement by all fifty states of the union to take back our country, and restore our Constitutional Republic once again, as it was originally established by our founding fathers.

If you have ever wondered and have been frustrated, as I have been, as to why our government today is so unresponsive and obtuse, and why our elected representatives, especially of late, just seem to go ahead and blatantly do whatever they want, regardless of the will of the People, well there is a reason.

They are not representing us; but as our nation is formed now, and has been since 1871, under articles of a corporation, our elected officials are legally officers of the corporation; and as such they no longer serve We the People, nor the Republic, but they serve the Corporation!

Now mind you this is a peaceful movement and these people have the Constitution, and therefore the law on their side.

As soon as they started presenting these letters to the governors, however the media tried to paint these people as extremists.

Here is what the media was saying; but ever since they found out different, that these people are not extremist… there has been a media blackout. Again I want to remind you that the media is highly influenced and controlled by the Globalist agenda, and they are NOT on the side of a Free Republic, and so they are not on our side at all!

I would like you to read a note I got from a friend, who is the California Coordinator for this movement, and is someone I have known for years:

“The military SUPPORTS US as a people now.  We need to establish this movement in front of all, so they know and can support their new government.  What people don’t realize is that all media is controlled by a few people.  Those few are heavily tied into the bankers and global agenda.   When we first served the Governors on March 31st of 2010, we were all over the news.” ~ Kelby Smith

This movement is called the RESTORE AMERICAN PLAN, and the reason you are not hearing anything about it is because, as I have told you the media is no longer trustworthy, and they are for the most part already bought and paid for, just as many of our politicians are.

And for those of you who are reading this, and still don’t believe what I’m telling you, who aren’t even aware that we are no longer legally a Constitutional Republic, and that our government illegally changed us, back in 1871, form a Constitutional Republic to the UNITED STATES CORPORATION, this is exactly what I’m talking about, and that is exactly the reason why we are in real danger today of losing our freedom.

If you aren’t careful, what you don’t know, and what you aren’t willing to confront, resist and speak out against will soon over run you and your family like a freight train!